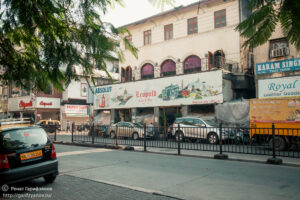 India. Mumbai (Bombay). The famous Leopold cafe. It was here that Islamic terrorists attacked tourists on 26 November 2008. 11 people are killed on the spot, 28 more are injured 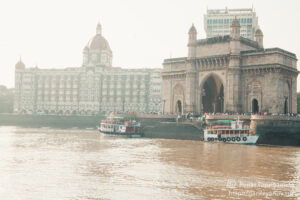 The symbols of Bombay are the Taj Mahal hotel and the Gateway of India. The main events of the terrorist attack on the city in 2008 unfolded here. 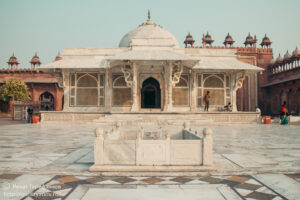 The mausoleum of the prophet Salim Chishti in Fatehpur Sikri. Salim foretold the great birth of his son, the future padishah Jahangir, to padishah Akbar. 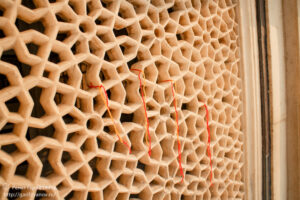 Almost four hundred and fifty years the flow of pilgrims to the grave of the prophet Salem does not dry up. It is believed that the colored thread tied to the lattice of the mausoleum, contributes to the fulfillment of desires. 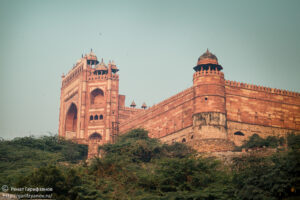 Grateful padishah Akbar the Great ordered to erect near the grave of the prophet Salim Chishti a new capital of the Mughal Empire — Fatehpur Sikri. The city was the capital of the Empire for only twenty years. The son of Jahangir, predicted by Salim, betrayed the work of his father Akbar the great and after the death of the Latter canceled almost all of his establishment. 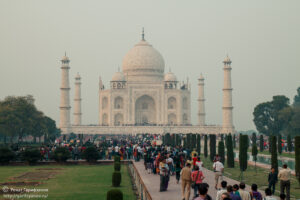 India. Agra. Taj Mahal. Near the main attractions of India is always crowded. Of all the padishahs of the Mughal Empire, Shah Jahan managed to keep the best memory of himself. 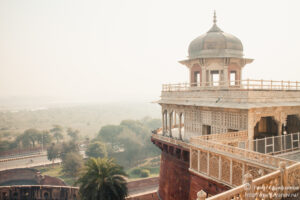 India. Agra. From the upper platform of Red Fort, where once stood the famous Peacock throne with the infamous diamond Koh-I-Noor, offers a magnificent view of the surrounding area. 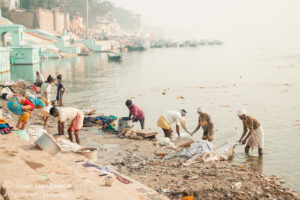 In the muddy and dirty waters of the sacred river Ganges residents Varanasi manage to wash clothes. 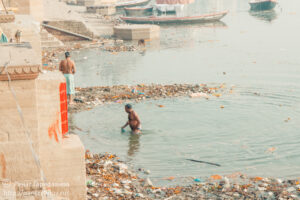 And some even bathe, believing that wash away the accumulated sins. 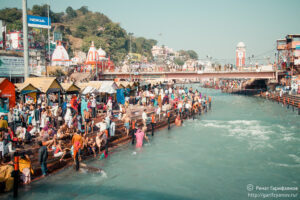 The Holy Hindu city of Haridwar (Gate to God). It is on this embankment of the Ganges river that the Kumbha-Mela religious festival is held once every twelve years — the most mass gathering of people in the history of mankind in one place.
For Hindus, Haridwar is comparable to Mecca for Muslims and Jerusalem for Christians. Hindu believers believe that bathing in the Ganges writes off all sins.
From the bridge in the center hanging iron chains that save those pilgrims who carry down the turbulent flow of the Ganges. 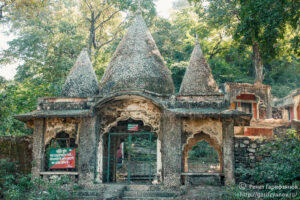 India. Rishikesh. The entrance to the former Maharishi Ashram is tightly closed. But for a small baksheesh to the security guard to get inside. 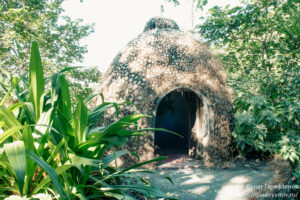 India. Rishikesh. The former Ashram of Maharishi. Here in these unusual structures meditated members of the group “Beatles”. In this booth, John Lennon tried to achieve enlightenment for eight hours a day, until, according to him, he began to arise suicidal mood. I like John Lennon’ve meditated in this palaice. Really dark, uncomfortable, like a dungeon. 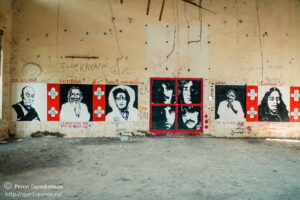 India. Rishikesh. The former Ashram of Maharishi. The main hall for meditation. As Paul McCartney recalls: “there were a hundred people in the hall. Went to the scene of Maharishi full of flowers. There was something magical about it.”
The picture on the wall in the center is a photo from the inside of the cover of the “white album” of the group “Beatles”. Most of the songs on this album were written in Rishikesh.